So You Think You're On Top Of It Because You Had A Party!

I've returned home and I've had some time to consider the events of the past 48 hours. As I've already reported, the GOP ticket in Virginia consists of Bob McDonnell, Bill Bolling, and Ken Cuccinelli. I will join with my fellow Republicans in working to get them elected to office for they have much to do and many good ideas. Virginia needs them.…

A Great Day to be an American!

Yesterday in Richmond a wonderful thing happened. Republican delegates came together and with only one voting session,united the party! The air was electric. I left there overwhelmed with pride! Well done fellow Virginians, well done. Now the fun begins!

Cadet Colonel Adnan Barqawi:"Impossible is Nothing..."


We had so many speakers at the Virginia Convention, we had Mitt Romney, Sean Hannity and a slate of Virginia representatives but it… Continue

As I sit here in my hotel room taking care of the little details on-line that need my attention I noticed that it’s now less than 12 hours to the start of tomorrow’s session of the RPV Convention. We have some important decisions to make. One of the more contentious will be who the RPV sends to the November general elections as their nominee for the Attorney General. I pause this evening to make a final attempt to persuade my fellow delegates that John Brownlee is the man we should… Continue

Same Sex Lessons for Kindergartners Whether Parents Like it or Not

The Unified School District in Alameda California has passed a curriculum by a 3-2
vote that includes includes a compulsory 45-minute Lesbian Gay Bisexual and
Transgendered (LGBT) lesson for kindergarten through fifth grade. The kindergarten
lesson will study sexual orientation stereotypes with childrens books like "And Tango
Makes Three" a story about two gay male penguins. School Officials say they will not
allow parents to opt their…

Too Many Supreme Court Catholics? 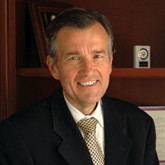 The Law Blog of the Wall Street Journal offered comments today on the nomination of Judge Sonia Sotamayor to the Supreme Court. Highligted are the comments of Professor Doug Kmiec (shown in the accompanying WSJ photo) As the law blog notes, Kmiec, "a Pepperdine University law… Continue

Time For RPV Change in Chair

I will be a first time delegate at the state convention. I got involved because I do believe that everyone can make a difference regardless of status and/or position. I also believe that the GOP has alot to offer the common man, not just the country club crowd, as the media and magority of people see it. I am a home healh nurse and I talk the alot of people from varying socioeconomic classes, but with an emphasis on the middle and lower classes - alot of Democrats. I hear their problems and… Continue

Why I can no longer remain in the G.O.P.

I didn't move here 10 years ago , from a Philadelphia suburb with the hope and dream of being "liked" by a new "Liberal" neighbor .... We chose Virginia because (at the time) most of the people living and voting here believed in what we (still) do .. I don't want to "go-along-to-get-along" ; I want to win ... period ! ....Far too many "good-ol'-boys" ( e.g. Specter, Powell , Hagar ) pay only lip service to their grassroots Conservative friends .... Once safely elected , the real issue seems to… Continue

A little something to remember!

On this very special day,
Near the end of each May,
When we gather together,
Our thanks to untether,
For those who gave all,
That we may stand tall,
In their honor I say,
Do your best everyday,
To cherish and to keep,
Safe our liberty and mores,
That their loved ones weep,
In vain nevermore!

May we all rejoice in the knowledge that,…

Look Closely - There's Been A Change

If They Can Survive Waterboarding Unscathed Then How Can It Be Torture?

WLS radio host Erich "Mancow" Muller recently underwent waterboarding. His response after being strapped to the board and enduring the procedure was this:

"It is such an odd feeling to have water poured down your nose with your head back...It was instantaneous...and I don't want to say this: absolutely torture."

He held out for 6 or 7 seconds before he threw up his little rubber toy cow indicating distress. Christopher… Continue

Americans for Prosperity held a forum in Colonial Williamsburg this afternoon to consider the possible outcomes if President Obama's healthcare is adopted and implicated. AFP is taking their Educate Yourself Now, Patients United Now tour across Virginia and the U.S. AFP develops grass roots support for various free market, for prosperity… Continue

Memorial Day or Veteran's Day. Does Obama know the difference? 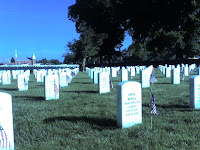 Based on the Washington Post's coverage of President 0bama's radio address today, it is difficult to know if the commander in chief knows why Memorial Day exists at all. The salient points of his radio talk were quoted as follows:

"Our fighting men and…

President Obama in a C-Span TV interview reported by AFP
suggested it would require a bipartisan effort to create a legal and institutional structure under which the detainees could be tried.

"We've got a lot of people…

This was my first time attending the Candlelight Vigil at the Vietnam Veteran's Memorial, "The Wall", in Washington D.C. Like others attending the vigil we did not know what to expect. I hope I can give a summary of what… Continue

I weep with joy at the words of Randy Barnett

The Federalism Amendment. My advice to McDonnell is that he run on this like it's the best pair of jogging shoes he's ever owned.

For the first time in over three centuries the Speaker of the House of Commons in the Palace of Westminster, the Mother of all Parliaments has resigned. Good, but too little too late for myriad reasons. Whilst he is a personable chap, fellow Glaswegian Great Britain’s Michael Martin outstayed his welcome as Speaker finally bowed to pressure over the Members of Parliament expenses controversy and rightly so.