A few Memorial Days ago, I was sitting comfortably on my sofa, enjoying salty snacks and a refreshing sweet tea while watching a program honoring our military on TV. Mary would inform me when the charcoals were ready to throw on the steaks. Life was good.

Featured in the TV…

Written With A Straight Face - No Doubt

Sarah Palin, Leader of The Pack So, who do I like as our republican presidential candidate in 2012? Parodying the song recorded by The Shangri-Las: “The liberal media is always putting her down (down,down). They said, she came from the wrong said of town. They told us she was bad. Then I knew she… Folks, this has nothing to do with politics, but I feel compelled to share it with you. Mary and I attended a wonderful wedding. A friend of mine of thirty years lost his wife to cancer. After his devastating loss, God blessed him to meet a lovely lady. They fell in love, decided to marry and he asked me to be his best man.…

Jeff Evans was born January 9, 1956 to Walter and Rilda Evans in Galax, Virginia. Jeff grew up in Grayson County, Virginia where he learned a strong work ethic. While in high school Jeff worked for local farms as well as Roses Department Store in Galax. At the age of 17, Jeff decided that it was time to serve his country and joined the United States Army where he… Jamie Radtke has established a record of being a principled conservative and consensus builder with a passion for fighting to maintain the Founders’ vision for our country.

As someone who grew up in a military family, Jamie’s love…

Excess amount of fluid exited from the body is one of the dehydration symptoms.

The term dehydration is derived from the both Greek and Latin, the word de indicates as separation, removal, or deprivation; while hydro means water.  It occurs whenever there is an excess amount of water or other fluids exiting from the body than enrolling is the dehydration symptoms. With around seventy five percent of the body is constituted of water that is found within the blood vessels, between cells, and also inside cells. Basically, it is the most important water… Continue THE JOKER PRESIDENT JOKES ABOUT IMMIGRATION 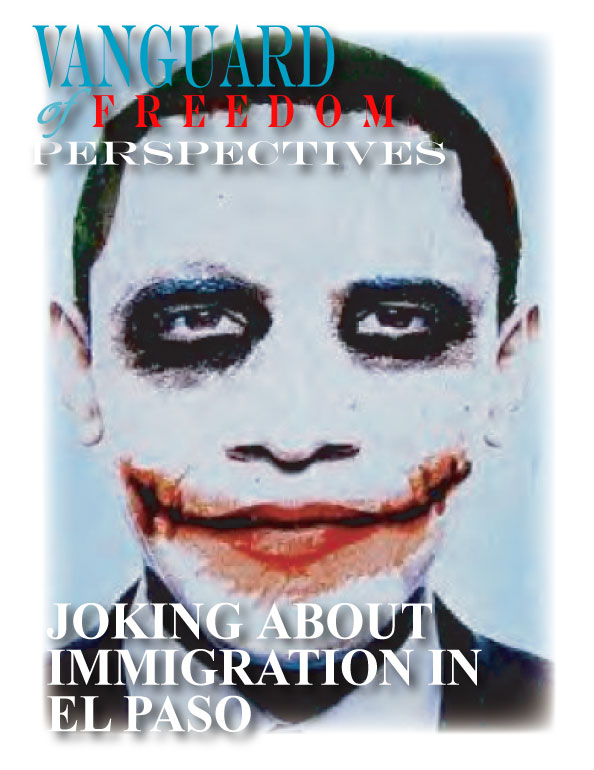 That he can lie, is not what is amazing.  That it comes so easy to him is what is beyond interesting.  But what is worse, is that the reactions to his rhetoric about immigration are so predictable as to be pathetic.

That he drips of sarcasm as he… Continue

How This "tag" really reads!

Gallup Poll: 52% of Republicans Are Stupid of Political Reality!

On The Federal Reserve, the Executive, the Legislative, You, and the Deficit, Debt, and the Dollar:

"If you've been in a poker game for 30 minutes and you don't know who the patsy is, you're the patsy." - Warren Buffett

Who Will Blink First?

The release of Obama’s birth certificate was just another hat trick, more smoke and mirrors.  First of all, it came from a document that Hawaiian officials released and that copy is in the hands of the White House.  The online copy is a purported electronic scan of that and more than likely was enhanced for legibility.  Of course any enhancement may be innocent in itself or by design used to cover up changes.  The point is, there probably are no…