In Joseph Addison’s 1713 Cato: A Tragedy in Five Acts, there is a profound quote found in Act i, Scene 1:

“Is there not some chosen curse, some hidden thunder in the stores of heaven, red with uncommon wrath, to blast the man who owes his greatness to his country’s ruin!”

If you are not familiar with Addison’s Cato, the theme is statesman’s honor, preserving it above all else. Addison’s impact on the founding fathers can felt throughout, especially Washington. It is… Continue

We ARE a Broad Church Another new face in the Republican Party to watch out for. (And vote for).

Remember that name. He’s going places and the first stop will be the Virginia House of Delegates as the next representative for the 69th District this Novemeber (fingers crossed).

I’m tired of the left wing media calling the GOP an organization of old white men. It is not. The Party is diverse and… Continue

It all began on a hot southern summer day on Indigo Creek Trail much like an episode of one of those to catch a predator shows that are so popular these days and leave honest folk with their mouths slack from incredulity and disgust with the only difference being that instead of a perp coming to a decoy house stocked with fresh made lemonade or sweet tea, cameras, and an moralizing media finger wagger the authorities were instead coming to the house of one Frank Lombard and his male house mate.… Continue

Associate director of Duke University's Center for Health Policy,
Frank Lombard, was recently arrested by the FBI and charged
with offering up his adopted 5-year-old African American son
for sex to an undercover cop. Lombard admitted to molesting his
own adopted son to the undercover officer in an online chat room
under the user name "Perv Dad for Fun". He invited the under
cover officer to travel to North Carolina to…

Dont Cry for Me Argentina ......SC - Does it stand for South Carolina or Social Conservative? The Governor of South Carolina can, in a macabre fashion, thank the untimely death of the King of Pop. Most Americans have the attention span of a flea so Sanford went from being the top story on the 24/7cable news channels to ‘who?’. He is no longer the latest disgraced Governor on the front page of the New York Times or the Washington Post or the tabloids with brilliant headlines like “LUV GOV” and Buenos Airhead”.

The voters and… Continue 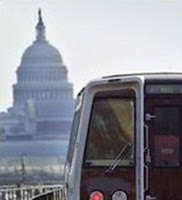 In a rush to demand more tax dollars for transit systems, federal officials and lobbyists were quick to blame the supposed aging rail cars for the June 22, 2009 crash that killed 9 and injured over 100. On closer examination though it appears the track sensor system was not working on the particular section of track where the stationary train was standing, failing to… Continue 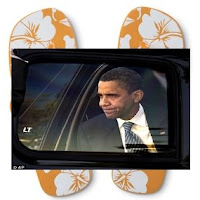 Having promised to close the detention camp at Guantanamo during his campaign, the Washington Post is reporting tonight that the Obama administration is now adopting the Bush view on the power to indefinitely detain enemy combatants. Fantasy meets reality.

The House of Representatives voted late this afternoon to return per capita energy consumption to the same level as 1875 by 2050. This pre-industrial level of carbon consumption is expected to reduce all industrial output and eliminate the capacity to export agricultural products supporting populations around the world. According to the Congressional Budget Office… Continue

I Stand With Obama

Much as it may surprise my friends and readers, today I can honestly stand with President Obama and Secretary of State Hillary Clinton. I join them in uninviting all Iranian diplomats from my Independence Day party. In fact I raise the diplomatic stakes one giant step further. I am not inviting any of those murderous thugs that make up the current government of Iran… Continue

He's Barack Obama Come to Save the Day!

In a test of loyalty to Nancy Pelosi vs their Constituents, The House of Representatives voted (Roll Call Votes 360 and 361) today on two amendments to the Justice Department appropriations bill which would have stripped funding to bring terrorists now held at Guantanamo to the Virginia or other states. Member Roll Call Votes 360 and 361 on the amendments and on the… Continue

Can you feel the excitement?!

Everyday I feel the excitement growing around me. I am constantly engaging people and find that many people are upset with the way America is going. My response is always ' Get involved.' Voting is not enough. Dialog with like minded friends is not enough. We must get, get out and get involved. Last week I picked up bumper stickers and yard signs from Ken Cuccunelli's campaign office. At first I was a little shy in asking people if they would put a sign in their front yard. Well that didn't… Continue