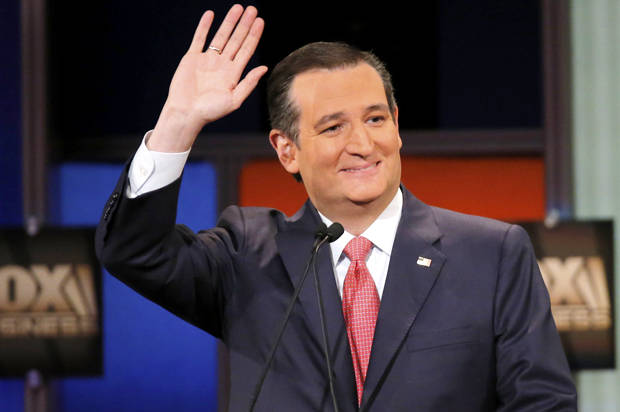 Okay, folks, here is why Ted Cruz is eligible to be president according to the Constitution.  First, I wish to give a shout-out to my dear friend, Mike "Mr. Constitution" Holler, author of The Constitution Made Easy.  Mike explained and confirmed Cruz's eligibility.

In a nutshell, the first immigration law passed by Congress and signed by George Washington says, "And the children of citizens of the United States that may be born beyond sea, or out of the limits of the United States, shall be considered as natural born Citizens[.]"  An additional qualification is that the father of such children must have lived at some time in the U.S.  There you have it, folks.

The Congressional Research Service published a paper on this question.

Considering the history of the constitutional provision, the clause's apparent intent, the English common law expressly applicable in the American colonies and in all of the original states, the common use and meaning of the phrase "natural born" subject in England and the American colonies in the 1700s, and the subsequent action of the first Congress in enacting the Naturalization Act of 1790 (expressly defining the term "natural born citizen" to include those born abroad to U.S. citizens), it appears that the most logical inferences would indicate that the phrase "natural born Citizen" would mean a person who is entitled to U.S. citizenship "by birth" or "at birth." Such interpretation, as evidenced by over a century of American case law, would include as natural born citizens those born in the United States and subject to its jurisdiction regardless of the citizenship status of one's parents, or those born abroad of one or more parents who are U.S. citizens (as recognized by statute), as opposed to a person who is not a citizen by birth and is thus an "alien" required to go through the legal process of naturalization to become U.S. Citizen.


While some question Cruz's eligibility out of respect for the Constitution, I suspect that others have ulterior motives.

GOP establishment elites are exploiting ignorance regarding Cruz's eligibility because they despise Cruz.  Who does this guy think he is, bucking the system, standing up for The People against the Washington Cartel, getting into the face of GOP Senate majority leader Mitch McConnell?  By the way, McConnell announced that the GOP will not oppose Obama in any way this year, fearful it would anger voters and hurt the GOP's chances of winning the WH.

McConnell's surrender gifted Obama free rein to continue regarding the U.S. Constitution as little more than toilet paper.  Thus, our outlaw president will fast-track implementing as many anti-American and anti-God leftist dream initiatives as possible in his remaining time in office.

Ted Cruz has been and continues to be a rare voice sounding the alarm and pushing back against Obama repealing our God-given freedom and liberty.

Then there are those who simply do not believe that a true conservative can win the general election.  They are using the bogus issue of Cruz's eligibility as cover for not supporting a fellow Christian and stand-up guy.

Voters who do not believe that a true conservative can win the presidency are, in essence, saying they believe we have lost our country.  Righteousness, morals, and traditional values no longer rule the day.  Thus, Cruz is too goody-two-shoes for the masses.

Well, I do not believe that, folks.  I believe that if we rally behind Ted Cruz, a good man can still win the presidency in America.

Proverbs 29:2: "When the righteous are in authority, the people rejoice: but when the wicked beareth rule, the people mourn."